Skip to content
The idea behind the TouchArcade Game of the Week is that every Friday afternoon we...

The idea behind the TouchArcade Game of the Week is that every Friday afternoon we post the one game that came out this week that we think is worth giving a special nod to. Now, before anyone goes over-thinking this, it doesn’t necessarily mean our Game of the Week pick is the highest scoring game in a review, the game with the best graphics, or really any other quantifiable “best” thing. Instead, it’s more just us picking out the single game out of the week’s releases that we think is the most noteworthy, surprising, interesting, or really any other hard to describe quality that makes it worth having if you were just going to pick up one.

These picks might be controversial, and that’s OK. If you disagree with what we’ve chosen, let’s try to use the comments of these articles to have conversations about what game is your game of the week and why.

When Felix the Reaper first landed on consoles and PC last fall, it got a pretty mixed reaction. Just about everybody seemed to love the quirky personality of the game and its fantastic art style and animations, but many criticized the games awkward camera and movement controls. I remember seeing a trailer for the game and thinking “Man, this would be perfect on mobile!” Well, as it turns out, Felix the Reaper was originally developed as a mobile game, so its arrival on iOS this week is a bit like coming full circle. Not only that but the touchscreen mitigates some of the negatives brought up on other platforms and this new iOS version features entirely new mechanics and redesigned levels. 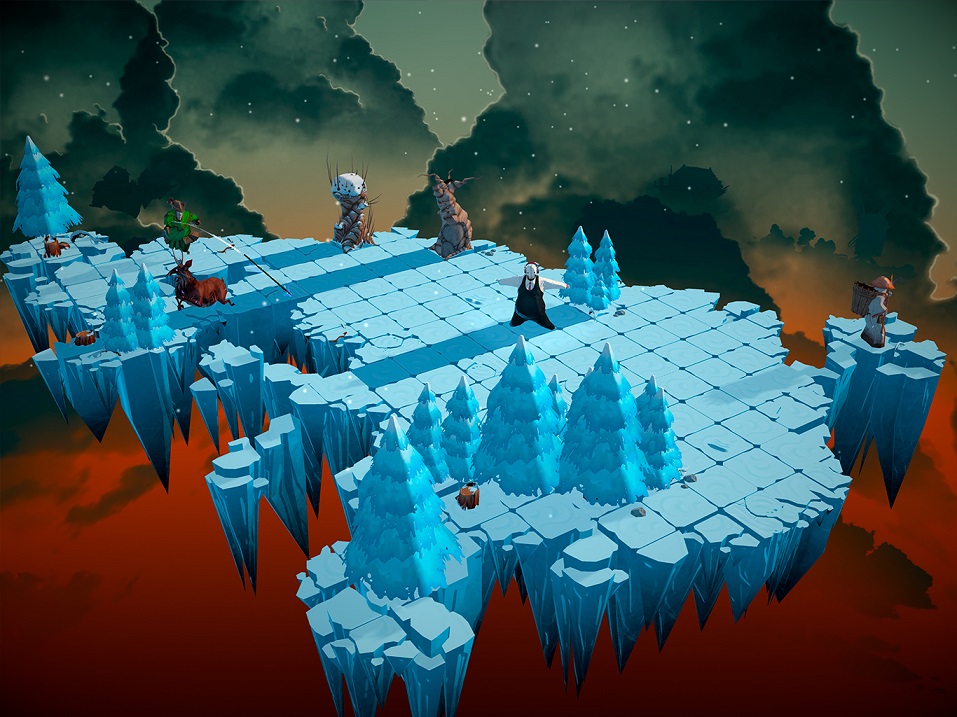 The premise is that you play as Felix, a reaper, who works for the Ministry of Death. Your job is to travel into the land of the living and set up various events and situations so that the correct person dies. Yes, you pretty much set up death scenarios. And if you’re a fan of the Final Destination movies, some of them are elaborate and hilarious just as they are in those films. There’s an underlying love story driving everything forward, as Felix has got the hots for Betty who works at the Ministry of Life, and he figures that working as a reaper and being able to travel into the world of the living will give him an opportunity to bump into her and woo her off her feet with his fancy dance moves, which he is constantly practicing. This game is weird in the absolute best way.

Gameplay-wise, Felix the Reaper is a puzzler about manipulating shadows. Each of the game’s enviornment is set up on a grid. There is a light source shining and any objects on the grid will cast a shadow. Since you’re a reaper you can only travel in the shadowed areas. You can change the position of the sun and thus create new shadow paths to travel on, and numerous special items will also allow you to manipulate shadows in various ways to complete your goals. Most levels require you to move objects or people from one part of the map to the other, and the tricky part is figuring out how you can do so by manipulating the position of the light source and the various objects or items at your disposal.

I say tricky, but in reality this game is downright difficult. Just completing a level is a challenge in itself, but there are also multiple additional goals and par times to shoot for as well as extra hard versions of every level if you’re one of those completionist types. There is no lack of content on offer here. And while the touchscreen does mitigate some of the problems with the movement and camera, both can still be a bit awkward at times due to how complex the levels can be. You use typical gestures like pinch to zoom and drag to rotate the camera, and tap where you want Felix to move to, which works great on the gridded levels. My other minor complaint is that things can feel a bit tiny on an iPhone and the UI could use a bit of adjusting around the curved edges of the full screen iPhones. This is probably best experienced on an iPad, but hey, I’m an iPhone guy, you know? And despite these quibbles I’ve been getting along in the game just fine.

If Felix the Reaper was the exact same puzzler it is but with totally basic visuals and no story, I’d say it was perfectly fine but not mind blowing. It really is the characters, story, and overall wacky universe that the game takes place in that bumps it up another level for me. Felix’s dance animations alone are worth the price of admission. If you enjoy heartily challenging puzzlers AND you want to experience a funny story and characters, the new and improved iOS release of Felix the Reaper is worth checking out.