Skip to content
Developer Pixelbite’s Space Marshals games are some of the very best mobile-original premium games around....

Developer Pixelbite’s Space Marshals games are some of the very best mobile-original premium games around. I mean, we are spoiled when it comes to mobile ports of great games from other platforms, and there’s plenty of smaller-scale original games on mobile that feel like they kept things toned down simply because they’re mobile games. But both Space Marshals ($3.99) and Space Marshals 2 ($4.99) feel like the sort of games that would have been huge hits on something like the PSP, and you wouldn’t have batted an eye paying 30 bucks a pop for each one if this was circa 2006. Unfortunately the mobile market has evolved in such a way that it’s tough for developers to spend time and resources creating “core” gaming experiences made specifically for mobile when they’re very likely not going to get a return on that investment. Well Pixelbite is still out there fighting the good fight, and they’ve announced that a Space Marshals 3 is not only in development, but its first chapter is complete and should be launching later this month. Here’s a screen!

You can find a bunch more screenshots of Space Marshals 3 over on Pixelbite’s blog post announcing the game, as well as an explanation of the pay model of this entry. You may remember that the original Space Marshals was episodic, but you paid for the whole game upfront and got the first chapter while both chapter 2 and 3 were released as free updates later on. Space Marshals 2 was the full game from the get-go, but did offer a new storyline expansion and additional missions as paid DLC after its release.

Space Marshals 3 will be an amalgamation of these two models. It will once again be episodic and the first chapter is what will launch later this month. It’ll be free to download an offer the first two missions for free, and then another 10 missions will be available as IAP. This 12 mission chunk makes up the game’s first chapter. Pixelbite has plans for at least two more chapters which they’ve already began working on, and once completed those too will be sold as IAP. The beauty here is that should the game do well enough and earn enough profit, there’s no reason they need to stop at just 3 chapters and could in theory continue adding to Space Marshals 3 for as long as players keep buying and playing the new content. 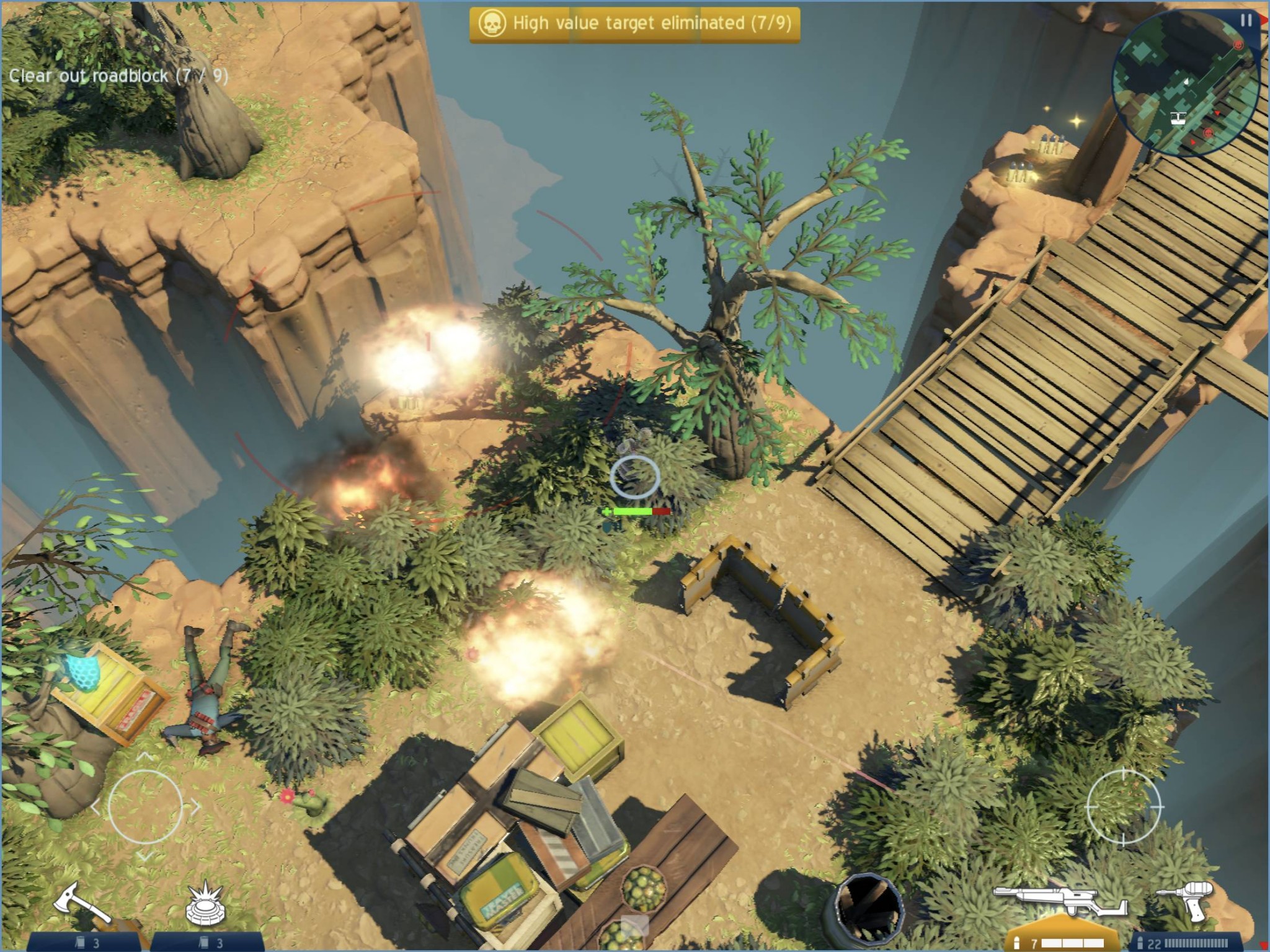 That’s a ways off though, and more immediately we’ll have to see how this first chapter of Space Marshals 3 does and then go from there. If this is somehow the first you’ve heard of Space Marshals, well, you certainly have some catching up to do. Both of the first two games are extremely clever top-down shooters with a heavy pinch of tactical and stealth elements, more so in the sequel than in the original. You can check out our review of the original as well as our review of the sequel, and trust me when I say both are money very well spent. In fact I’ll probably try to run through both of them once again as a way to kill time before Space Marshal 3’s arrival sometime later this month.