Skip to content
Just about 4 years ago developer Sky Ship Studios set out to create a digital...

Just about 4 years ago developer Sky Ship Studios set out to create a digital version of the popular table top game Gloom from designer Keith Baker and Atlas Games. They ran a successful crowdfunding campaign during the summer of 2016 and then, about two years later, the digital version of Gloom was released on Steam. Hooray! But the story doesn’t end there, because part of the promise from the crowdfunding campaign was to also bring digital versions of Gloom to both iOS and Android. Well as you probably know, these types of things always take longer than you think they will, and so nearly two years after the Steam launch of Gloom the iOS and Android versions have officially launched to the public this week. Gloom for everybody!

But wait, what the heck is Gloom, anyway? Well as I said previously, it was originally a physical card game designed by Keith Baker and published by Atlas Games back in 2004. Its premise is… well, it’s pretty gloomy, to be honest. Each player takes control of one family in the form of 5 character cards and then is dealt a hand of 5 playable cards. The overall goal is to play cards that have a negative impact on your own family in the hopes that enough negative impact will eventually kill them. That’s… not nice. At the same time, you’re trying to play cards with positive impacts on the family members of your opponents so that they don’t have a chance to die off. Once a player’s entire family has perished the game is over, and the player whose family has the highest negative number is declared the winner. If you consider having the saddest family in the world winning, that is. 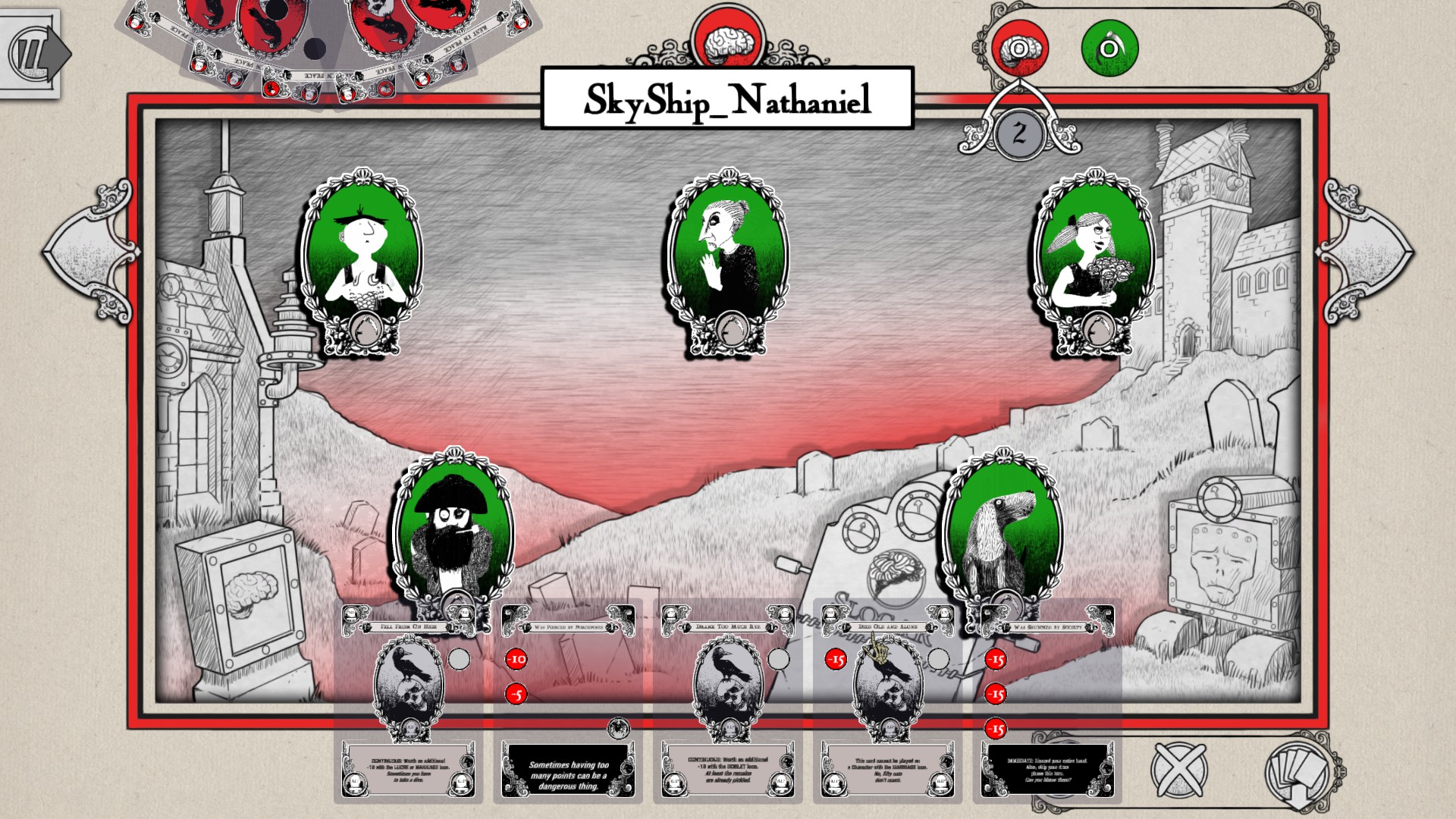 Yes, the entire premise behind Gloom is rather macabre but it’s done in a way that’s humorous, however dark that humor may be. One of the really unique aspects about Gloom is how the players are encouraged to expand the storytelling element of the gloomy events that take place during a game. So if you play a card where one of your family members gets attacked by wolves, embellish on that event and describe it in detail to the other players. This is also where Gloom: Digital Edition is able to shine in ways the physical game can’t. All the family members from the 5 available families in the game are fully voice acted and animated, giving additional personality to these characters and enhancing whatever stories you can conjure up. Gloom on mobile also features some haunting background music that sets the mood of the game perfectly.

Gloom: Digital Edition for mobile can be purchased for $6.99 and you also have the option of buying the Unhappy Homes DLC expansion pack for $2.99 if you want to add additional elements to the game. Gloom is designed for 2-4 players and the digital version features solo play against AI bots as well as online multiplayer for up to 4 players. You can find out more by visiting the Gloom: Digital Edition website as well as the Sky Ship Studios website, and you can also follow along with Sky Ship on Twitter and Facebook. Gloom: Digital Edition is available on the App Store for iOS here as well as the Google Play Store for Android here, and you can find even more discussion about the game in our forums.

This article is sponsored content written by TouchArcade and published on behalf of Sky Ship Studios to promote the launch of their mobile card game Gloom: Digital Edition. For questions or comments, please email [email protected]